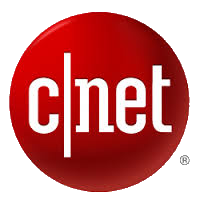 Bitcoin has a bad rap as the preferred currency of drug dealers. But that isn’t stopping IBM and some of the world’s most conservative businesses from tapping into its technological underpinnings.
Specifically, Big Blue is interested in the blockchain — the mechanism bitcoin uses to publicly record transactions. Today’s businesses each have their own records, slowing transactions and triggering problems figuring out who’s right when there are disagreements. But the blockchain approach is more cooperative by providing a consistent record that members of a network can see.
“The blockchain is about distributed trust,” said Arvind Krishna, a senior vice president at IBM Research’s Almaden lab, speaking Thursday at a 30th anniversary event.
That may sound as exciting to you as the development of double-entry bookkeeping more than 1,300 years ago, but it could bring big rewards to businesses by eliminating confusion and financial shenanigans. You should care about those problems, since they ultimately get passed on to the consumers through higher prices or slower shipment of the goods we want to buy.